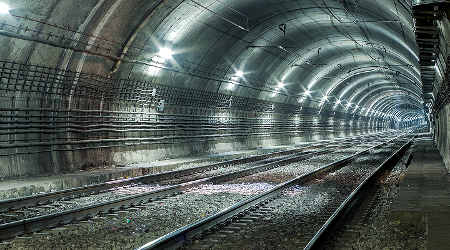 Infrastructure Ontario (IO) and Metrolinx have chosen Toronto Tunnel Partners as the preferred team to design, build and finance the development of an upgraded rail tunnel in the Toronto area.

The team is made up of EllisDon Civil and Strabag Inc. The project calls for building a second rail tunnel under Highways 401/409 to accommodate two tracks, allowing for more frequent GO Transit rail service.

In addition to increasing capacity on GO's Kitchener corridor, the team will perform other key infrastructure upgrades, such as outfitting the tunnel with mechanical and electrical support systems. When completed, the project will make way for all-day, two-way electrified GO rail service between Toronto and the Waterloo region, EllisDon officials said in a press release.

The tunnel work is part of Metrolinx's Regional Express Rail project, which calls for electrifying core segments of the GO rail network by 2024 or 2025.

IO and Toronto Transit Partners expect to close on the contract in December. The project is slated for completion in summer 2021.

Metrolinx and IO in September 2016 issued the request for qualifications for the Highway 401 project.