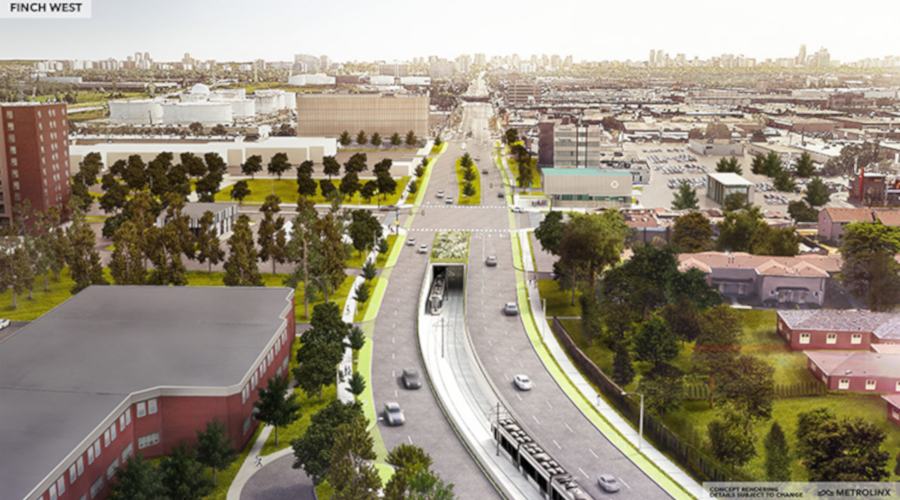 Metrolix also has been constructing temporary work sites along the Highway 400 bridge in preparation for construction of two new bridge decks off the highway. Crews have begun road-widening activities to make way for an underground station, emergency exit, track and other required infrastructure.

Construction of the Finch West line will continue through winter 2020.

By 2023, the Finch West light-rail line will connect the Jamestown, Rexdale and Black Creek neighborhoods via 18 stops, including 16 surface stops and an underground interchange station at Finch West. A below-grade terminal stop at Humber College will connect to other local transit services like GO Transit, MiWay, Viva and Zum.