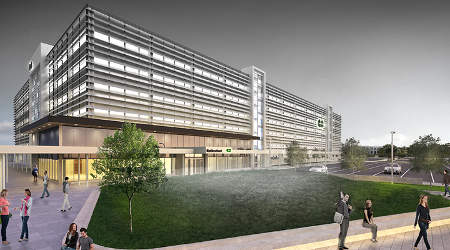 Metrolinx and Infrastructure Ontario (IO) have issued a request for qualifications (RFQ) for firms to design, build and finance an upgrade of the Rutherford Station in Vaughn, Ontario.

The project will involve building new rail platforms, a grade separation on Rutherford Road and a second track. The RFQ also includes a provision for a future third express track.

In addition, the chosen firm will redesign the station's surface parking and provide a new multi-level parking structure, according to press release issued by IO.

The station upgrade is part of Metrolinx's support of the GO Regional Express Rail (RER) program, which calls for electrifying core segments of GO Transit's rail network by 2024 or 2025. That program is aimed at providing faster and more frequent transit service across the Toronto and Hamilton area.

Companies that qualify through the RFQ process will be invited to respond to a request for proposals in fall. Interested firms can download the RFQ at merx.com.