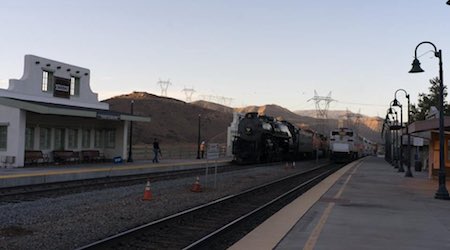 Metrolink on Wednesday marked the completion of the renovated Vincent Grade/Acton Station on the Antelope Valley Line.

Underway since August 2015, the renovation involved construction of a second platform, a pedestrian grade crossing, a crossover and an extension of nearly 5,000 feet to the existing Vincent siding.

The new station will benefit Metrolink passengers and freight railroads in the area, according to a Metrolink press release.

To commemorate the event, a steam locomotive was on display as part of Metrolink's "western-themed" ceremony. The locomotive, which had completed a 120-mile round trip to Acton, Calif., was the first steam locomotive to travel north of Los Angeles in 24 years, Metrolink officials said.