Metra issues RFP for onboard camera systems, discounts passes due to service disruptions 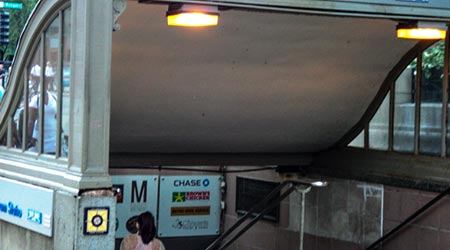 Metra has issued a request for proposals (RFP) for onboard camera digital video recorder systems.

Questions surrounding the RFP must be submitted by Feb. 26 and proposals are due March 26.

The disruptions – which included all or parts of six days without service from Jan. 30 to Feb. 12 – were caused by unusually severe winter conditions and overhead power structure damage from a CN derailment, Metra officials said. The severe weather included the coldest area temperatures since 1985 and an ice storm.

On Jan 30, a CN train operating on tracks parallel to Metra's near Harvey, Illinois, derailed and crashed into a tower that supports the overhead power structure. The tower toppled, damaging more than 2 miles of wires and wire supports, and knocking out two electrical substations.

The discount will apply only to paper monthly passes sold by ticket agents at the Millennium and Van Buren Street stations, or through transit benefit providers, Metra officials said. The Electric District Line runs between Millennium Station in Chicago and University Park.

"We are taking this rare step of providing discounts because of the unusual severity and length of the service disruption on the Metra Electric Line," said Metra Chief Executive Officer and Executive Director Jim Derwinski.