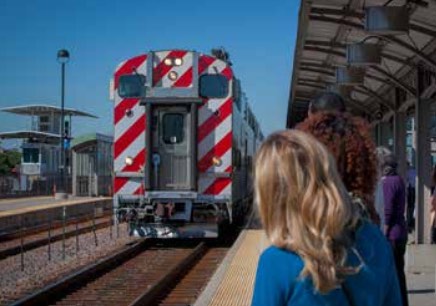 The higher fares are expected to generate $16.1 million for the railroad's "huge capital needs," Metra officials said in a press release.

"No one likes to pay higher fares, but unfortunately we can't ignore our need for more money to invest on our system," said Metra Executive Director and Chief Executive Officer Don Orseno. "We hope our customers understand that we are trying to address a serious capital funding shortfall as best we can."

The 2017 budget sets aside $781.2 million for operating costs, a 2.8 percent increase over 2016's budget. Metra anticipates a $2.6 million increase in positive train control-related costs, as well as a $4.7 million increase in training and mechanical expenses.

The capex budget includes $90.5 million for rolling stock to continue a program to rehabilitate 18 locomotives and 43 rail cars annually, as well as $23 million toward a multi-year effort to replace aging Union Pacific North Line bridges on Chicago's north side.

The railroad carried more than 460,000 passengers the day of the Cubs victory parade and rally, surpassing the previous record of 430,488 passengers for the Grant Park fireworks show on July 3, 2007, according to the Chicago Tribune.