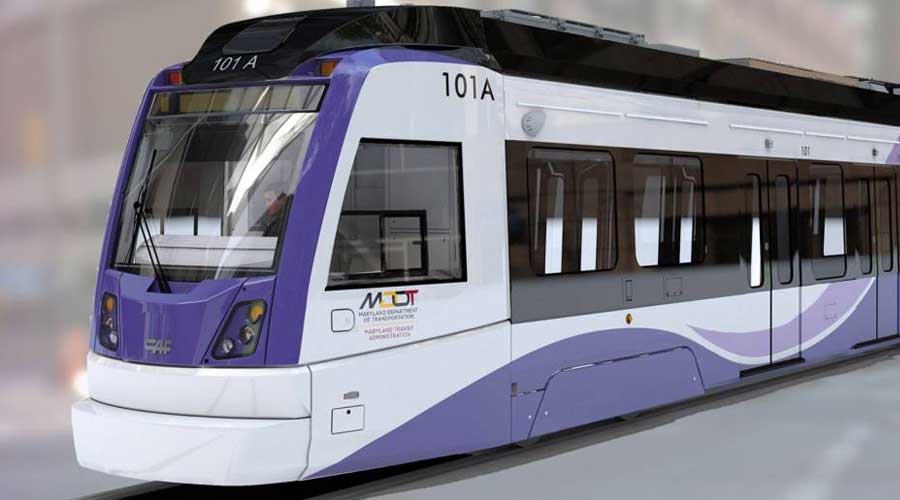 The state of Maryland will pay $250 million to settle a legal dispute with the private Purple Line Transit Partners, the consortium of contractor firms hired to build the delayed Purple Line, a 16-mile light-rail route that would extend from Bethesda in Montgomery County to New Carrollton in Prince George's County.

The agreement between the Maryland Department of Transportation (MDOT) and the partners — Meridiam, Star America and Fluor — settles all outstanding financial claims and terminates the current litigation between the parties regarding the project.

As part of the agreement, the Purple Line Transit Partners will proceed with just Meridiam and Star America as public-private developers and equity partners. A formal settlement agreement will go before the state's Board of Public Works (BPW) next month for review and approval, state officials said in a press release issued by Gov. Larry Hogan's office.

"This agreement is a major step toward completing the Purple Line, a transformative project for our state and the region," said Hogan.

The settlement ends the state's and the companies' litigation against each other and resolves what the firms said were $800 million in cost overruns on the project, The Washington Post reported.

If approved by the BPW, Meridiam and Star America would initiate a solicitation for a new design-build contractor in coordination with MDOT and the Maryland Transit Administration (MTA). In the interim, MDOT and MTA will retain oversight of hundreds of contracts and purchase orders to keep the project going.

MDOT and MTA will continue work while also focusing on reducing risks in the upcoming solicitation by completing design, acquiring permits and advancing utility work along the Purple Line corridor, state officials said.

MDOT did not reveal details of the settlement, including how the state will pay for it.