MTA wraps up major construction of East Side Access project 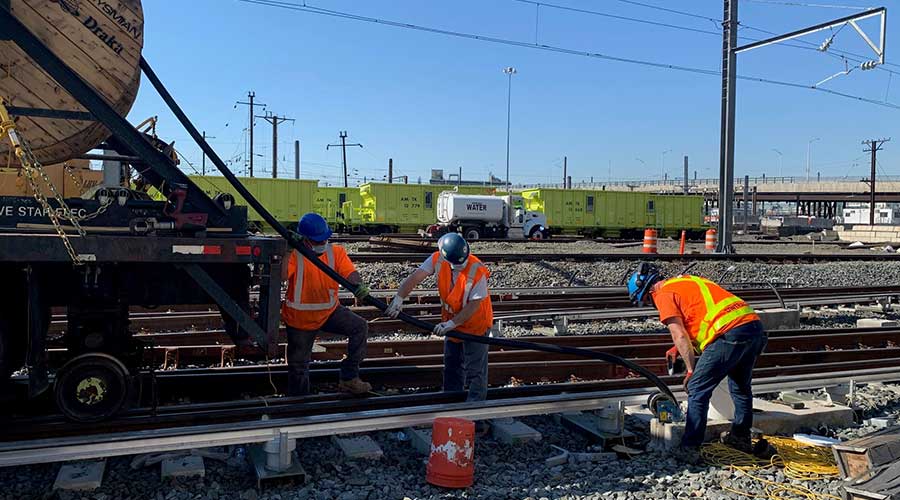 Civil construction on the East Side Access project, the Metropolitan Transportation Authority's megaproject connecting the Long Island Rail Road (LIRR) to a new 350,000-square-foot passenger terminal under Grand Central Terminal, has been completed.

The new connection will double the LIRR's capacity into Manhattan with up to 24 trains per hour and cut travel time for Queens commuters by 40 minutes per day.

"East Side Access is one of North America's largest transportation projects — an audacious $11 billion idea changing the entire regional transportation system," New York Gov. Andrew Cuomo said in a press release. "Thanks to the hard work of so many people, major construction on this transformative project is now complete and we are proud to announce East Side Access will open up next year — significantly cutting travel times and easing the commute into Manhattan for countless travelers.

Originally conceived of in the 1960s, the project was developed in the 1990s with work beginning in earnest in Queens and Manhattan in 2006. East Side Access contractors have accomplished several engineering feats over the years, including blasting under Grand Central with limited impact to rail operations, mining under both Northern Boulevard and the elevated and underground subways in Queens and expanding the capacity of Harold Interlocking, the busiest train interlocking in North America.