MTA to wrap up rehab of Fresh Pond Bridge 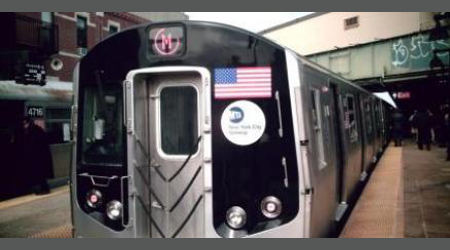 The Metropolitan Transportation Authority (MTA) on Sept. 1 will wrap up reconstruction of the M Line's Fresh Pond Bridge.

For the project's next phase, the MTA will work on elevated tracks on the 310-foot Myrtle Viaduct, which has been used daily since it was built in 1913, MTA officials said in a press release. The aging structure connects the M Line with the J and Z lines.

Crews will install new third rail, low-vibration tracks, new steel columns, foundations and drainage on the Myrtle Viaduct. The work requires a full suspension of train service on the overpass. The Myrtle Viaduct reconstruction is scheduled to be completed in spring 2018.

"Without rebuilding the Myrtle Viaduct and the Fresh Pond Bridge, we would not be able to continue to run M trains because the deteriorating condition of these structures are getting to a point beyond what our crews can fix during routine maintenance," said MTA Managing Director Veronique Hakim.

The improved M Line is slated to provide alternative service during upcoming repairs to the L Line's Canarsie Tunnel, which was severely damaged during Hurricane Sandy in 2012.