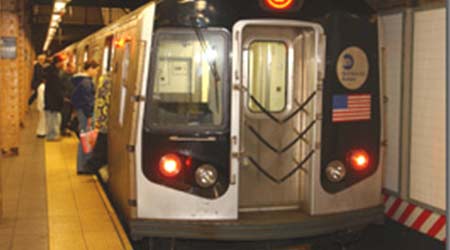 The Metropolitan Transportation Authority (MTA) plans to hold an emergency board meeting tomorrow to review the Canarsie Tunnel reconstruction project on the L Line.

Open to the public, the meeting will enable WSP officials to brief board members on alternative train design modifications to the original tunnel restoration plan, which was designed by WSP.

The 100-year-old MTA New York City Transit tunnel — which is 1.5 miles long and runs under the East River — was filled with corrosive salt water during Hurricane Sandy in 2012. Repair work, which was pegged to start in spring 2019, would require a complete service shutdown for 15 months.

But an engineering expert panel recently determined that a complete closure of the Canarsie Tunnel  is unnecessary during repairs. The panel recommended a series of engineering methods that could streamline the required tunnel repair work and limit the impact on L train service, which registers 400,000 rides daily. Work could be performed only during nights and weekends, with a single tube providing continued service in both directions during construction periods.

"WSP will be recommending to the board that it pursue the modified plan as a better alternative, as it does not require a total shutdown of L train service," MTA officials said in a meeting notice. "The board will also be discussing the concept of hiring a new consultant reporting directly to the chairman to oversee operation, oversight and precautions for the L train and the tunnel reconstruction."

Meanwhile, Amtrak leaders recently expressed an interest in undertaking a preliminary review of the proposed engineering methods to determine if they could be applied to any portions of the railroad’s projects, including the East River tunnels that also were damaged by Hurricane Sandy.