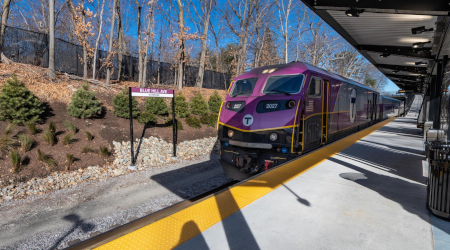 The Blue Hill Station marks the completion of MBTA’s $130 million investment into the Fairmount Line which runs through the neighborhoods of Dorchester, Mattapan and Hyde Park. The investment also included two  other stations that opened in 2012 and 2013, bridge replacement and rail and tie replacement work.

“The completion of Blue Hill Avenue Station will provide improved access to economic and educational opportunities for those that reside in communities along the entire Fairmount Line corridor,” Baker said in a press release. “Investments like Blue Hill Avenue Station are part of our administration’s work to improve reliability and service for riders across the system.”