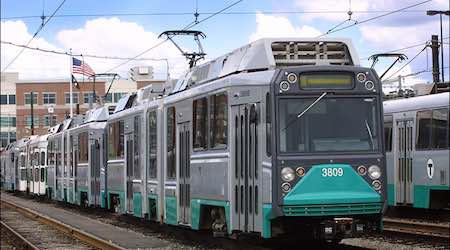 The date is four years later than the agency's most recent timeline, according to radio station WBUR Boston.

The announcement comes after the MBTA last year put the project on hold to find ways to cut costs. The agency also terminated contracts with several firms working on the extension.

In May 2016, the MBTA approved a scaled-down version of the project and brought the costs down from $3 billion to $2 billion.

The 4.5-mile extension will feature one relocated station and six new ones.