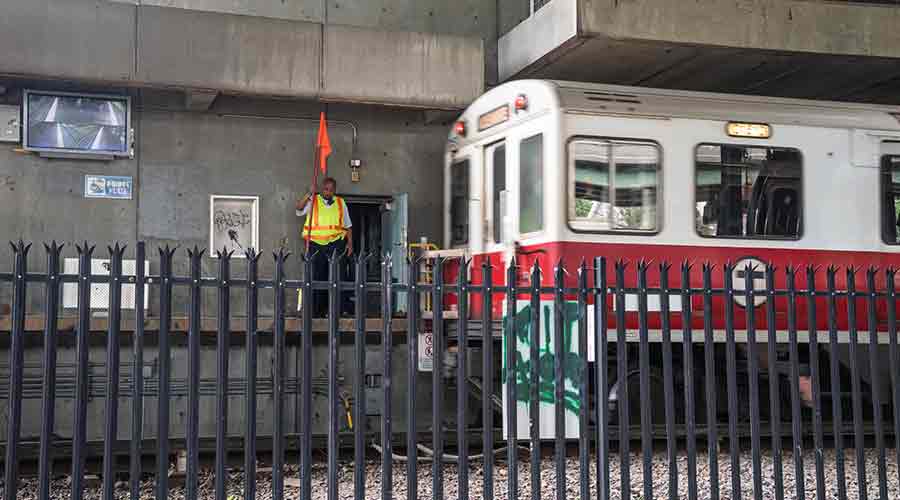 The new plans will allow MBTA crews to undertake multiple projects at the same time as opposed to performing projects one after the other during the limited overnight hours, MBTA officials said in a press release.

Additionally, the MBTA will condense planned improvement work at the Park Street Station on the Red Line to four months. Crews will complete repairs and install signs and lighting by December instead of April 2020 by adding four weekend diversions on the Red Line.

Crews also will replace 7,000 feet of track during the planned weekend diversions.

Replacing and adding signage and completing repairs at the Red Line Downtown Crossing Station will wrap up by December instead of November 2020, by adding four weekend diversions on the Red Line.

Crews also will replace 900 feet of track and perform tactile edge replacement on platforms during the diversions.

Finally, replacing signage and completing repairs at the Orange Line’s Downtown Crossing, Haymarket and State stations will be condensed to a 11-month project timeline through a six-weekend diversion.

MBTA crews will also replace 2,250 feet of track and clean and paint the Chinatown Station on the Orange Line.