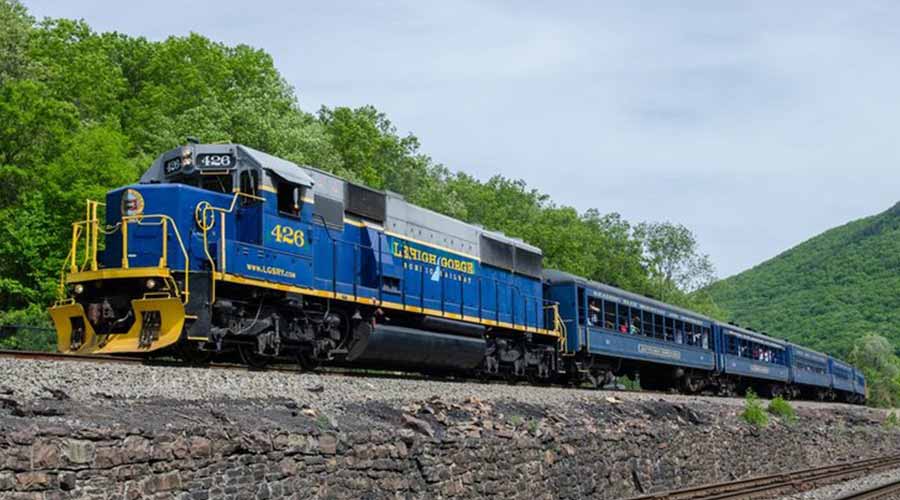 A tax dispute with the local government has prompted the Lehigh Gorge Scenic Railway (LGSR) to end passenger train rides out of Jim Thorpe, Pennsylvania.

LGSR officials announced yesterday that Andy Muller Jr., president and chief executive officer of the LGSR and its sister railroad and operator Reading, Blue Mountain and Northern Railroad (RBMN), has decided to end the passenger rides out of the community starting in late November.

Muller's decision followed the Jim Thorpe Borough Council's efforts to collect an "amusement tax" from the railroad. After railroad officials — who say the railroad is not an "amusement" — declined to pay the tax, the council sued to recover close to $100,000 in alleged back taxes for 2016-2018, LGSR officials said in a press release.

The LGSR began offering passenger rides out of Jim Thorpe 15 years ago. The railroad invested "hundreds of thousands of dollars in facilities and equipment, including its open air cars and its bike train," LGSR officials said.

As a result of the tax dispute, the Borough Council and the local mayor have made "false and misleading" statements about the two railroads and Muller, LGSR officials said.

"RBMN is a freight business. That is where we make our money," Muller said in the press release. "I have offered passenger excursion rides to local communities as a way of thanking them for their support over the years and to educate young and old in the glorious role railroads in this region played in our country’s industrial revolution."

But because the local government has not been supportive of the railroad, "I have decided to focus our energies on communities that want to work with the railroads," Muller said.

The decision will not affect RBMN passenger operations from other locations to Jim Thorpe, with a new schedule to come later, railroad officials said.