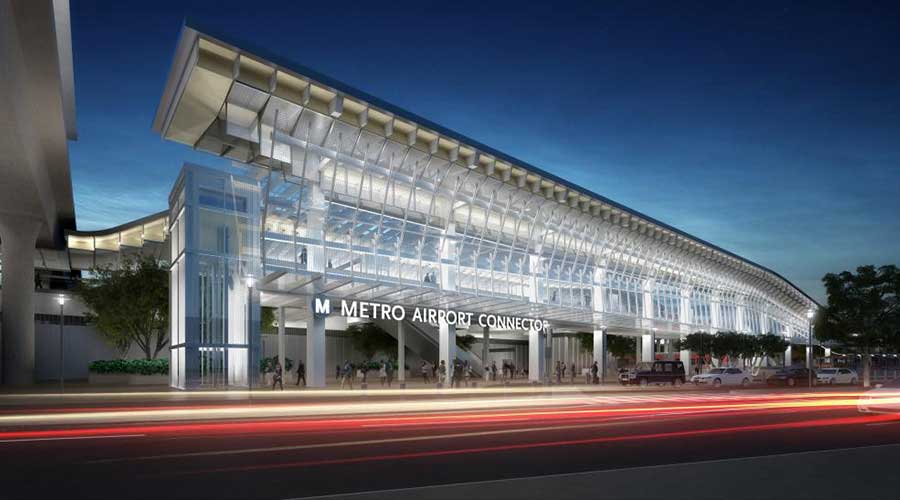 AMC is the ninth station along the Crenshaw/LAX Line that's under construction. It will connect directly with the Los Angeles World Airports (LAWA) automated people mover project — which also is under construction — that will serve all passenger terminals.

"This is an exciting project that will serve as the 'gateway' to LAX for future generations — just as LAX has long served as the gateway to Southern California for so many millions of people," said L.A. Metro Chief Executive Officer Stephanie Wiggins in a press release. "The AMC station will also provide multiple connections to the Metro system, and will help airport-area employees and travelers easily get to wherever they need to go in our region."