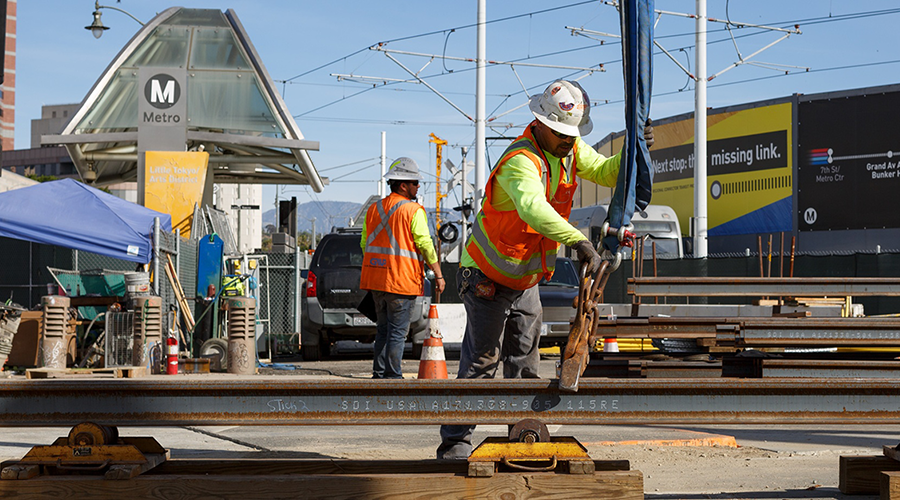 The Los Angeles County Metropolitan Transportation Authority (LA Metro) later this month will connect the L Line tracks in downtown Los Angeles to two underground light-rail tunnels that will ultimately connect the A, E and L Lines as part of the Regional Connector transit project.

As part of the construction, tracks from East Los Angeles and Azusa will both be connected to the tunnel. The current Little Tokyo/Arts District street-level station will also be demolished and replaced by an underground station at 1st Street and Central Avenue, LA Metro officials said in a press release.

The work will require a 22-month service interruption for the L Line beginning Oct. 24.

During construction, the Little Tokyo/Arts District Station will be closed, and rail service between Union Station, Little Tokyo, the Arts District and Pico/Aliso stations will be replaced with shuttle buses.

Temple Street will be closed for six months, as crews construct a portal to the rail tunnel and the underground tunnel box.

The Regional Connector Transit Project is a 1.9-mile underground light-rail extension that includes three new stations. The A, E and L Lines are scheduled to begin using the new tunnels in late 2022.