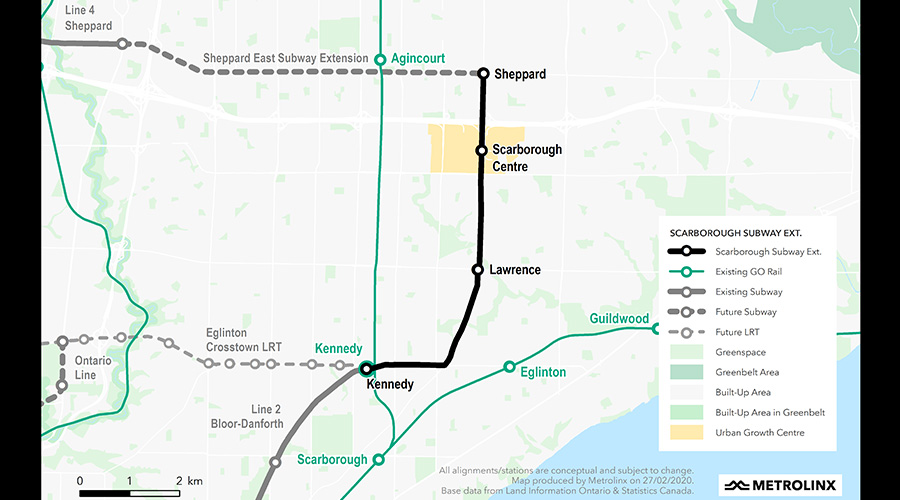 The RFPs were issued to the shortlisted teams: Dragados, KSX Integrated Design-Builders and Scarborough Transit Connect, IO and Metrolinx officials said in a press release.

The SRS package is being delivered using a progressive design-build model. IO and Metrolinx will select a development partner before finalizing the design-build contract. The project's development phase scheduled to start this fall.

The nearly 5-mile subway extension is being delivered in two large contracts: The SRS package and the advance tunnel contract. The latter was awarded to Strabag in May 2021. Announced in 2019, the extension is one of four priority projects in the Greater Toronto Area. The others are the Ontario Line, the Yonge North Subway Extension and the Eglinton Crosstown West Extension.