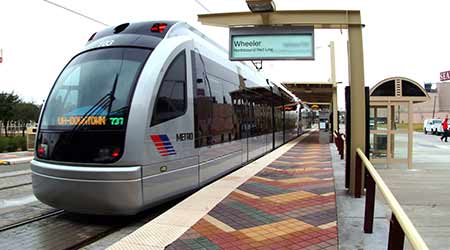 The proposed long-range plan calls for completing more than 40 projects — including a major light-rail expansion — by 2040 and beyond to address the Houston region's current and projected population growth. METRONext aims to expand commuter options and transit connections, boost bus service and increase technology investments.

"Grappling with that growth from a mobility perspective requires bold and aggressive planning," Patman said in a press release.

Many of the planned projects evolved from public and stakeholder feedback received during METRO's 2017 community listening tour. Patman urged the public to continue to provide input.

"This is our draft plan at this point, so we need your help. We need your expertise and business judgement to finalize the plan," she said.

The public will have an opportunity to view and comment on the METRONext plan at a series of community meetings pegged to start in January. METRO plans to issue a meeting schedule soon.