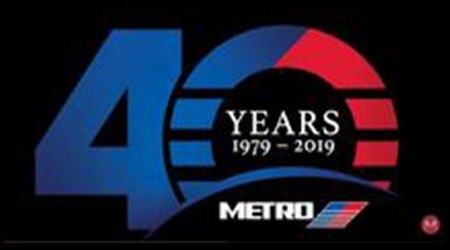 METRO plans to release a series of 40 short videos throughout the year that highlight the agency's accomplishments over the past four decades. Below is the first video.