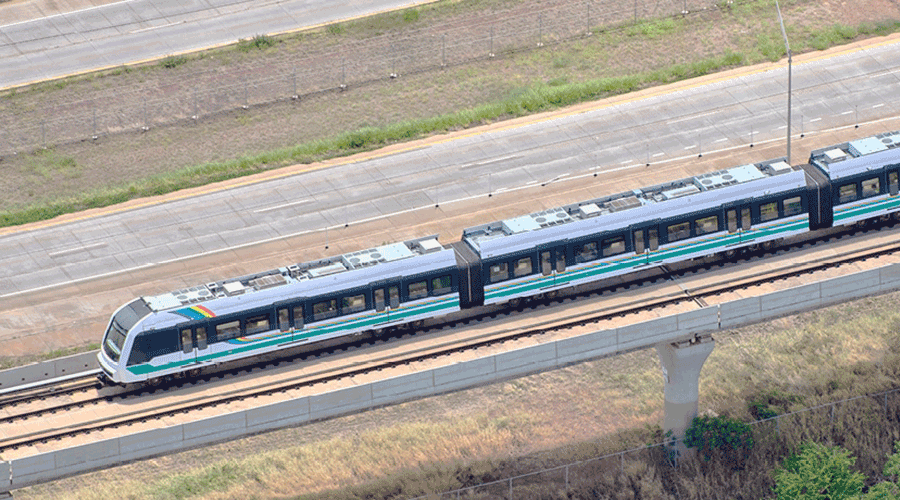 The Honolulu Authority for Rapid Transportation (HART) on Aug. 29 began the trial-run testing phase for the first operating segment of what will be the city’s first passenger-rail system.

The trial run entails a rigorous and comprehensive series of tests of all aspects of the trains, stations, systems and operating personnel, including the simulation of many normal and emergency operating scenarios. Trial running is the final series of testing before the system is ready to be put into operation, HART officials said in a press release.

During testing, multiple trains will be operate along the tracks from Kualaka’i (East Kapolei) Station to Halawa (Aloha Stadium) Station. Testing will occur up to 24 hours a day, seven days a week. The testing will continue until the system achieves operational-readiness status, prior to the transfer of the system to the city’s Department of Transportation Services (DTS) for the initial launch of service.

HART officials hope to be able to transfer the first operating segment to DTS by early next year, said HART Executive Director Lori Kahikina in a press release.

"This is a major milestone for the rail project, although the larger milestone will be when trial running is complete," Kahikina said. "Many tests will be performed, and we expect some problems to be encountered, which is normal for a new system and is the reason the testing is being performed."