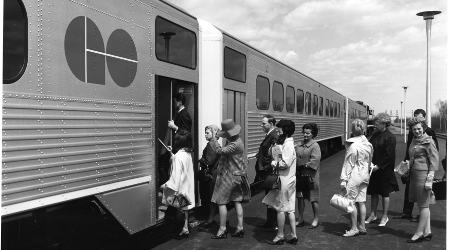 The agency, which provides public transportation in Toronto and Hamilton, Ontario, began operating on May 23, 1967, as a 14-stop commuter-rail line from Hamilton to Pickering, Ontario.

In its first year of operation, the agency moved 2.5 million riders, exceeding projected ridership for that year in six months, Ontario Ministry of Transportation officials said in a press release.

In 2009, the agency merged with Metrolinx to improve coordination and integration of transit in Toronto and Hamilton.