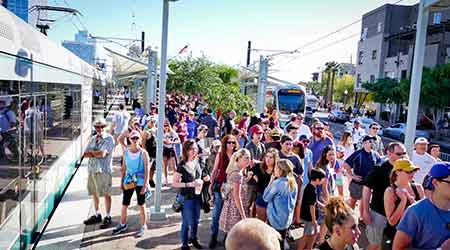 Why the ridership boost? The NCAA Final Four event was held in town.

“The combination of the Final Four events, ballgames and numerous other local festivities was challenging for our system, but our dedicated team members pulled it off without major problems,” said Valley Metro Chief Executive Officer Scott Smith in a press release. “The Phoenix region invested in light rail with these types of activities in mind, and the success of this weekend demonstrated just how much our system contributes to the regional economy and quality of life.”