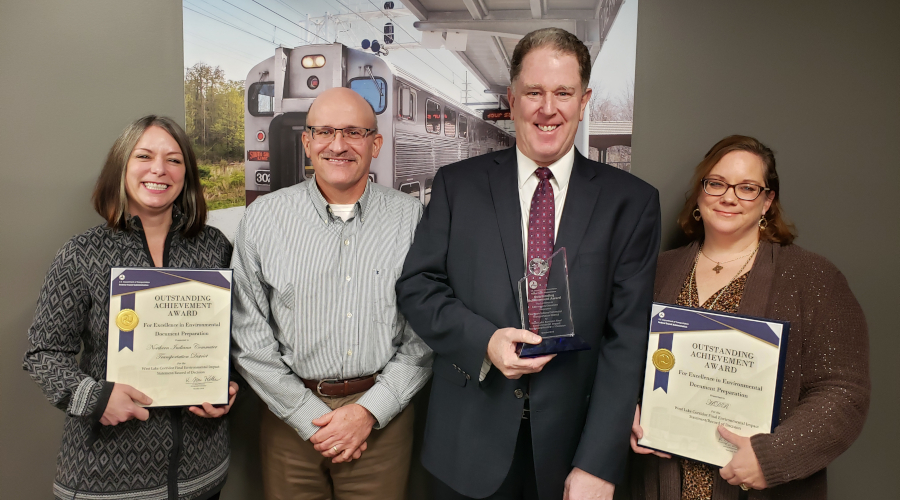 The documents were part of a submission to establish a proposed $933 million, 8-mile southern branch extension from the existing South Shore Line station in Hammond to Dyer, Indiana.

NICTD was recognized for preparing an environmental impact statement and record of decision for the project that reflected best-practices in review processes and fulfilled requirements for content, utility and practicality in environmental documentation, NICTD officials said in a press release.

After receiving a positive rating from the FTA in October, the West Lake Corridor project was approved to enter the engineering phase of the FTA's Capital Investment Grants program.