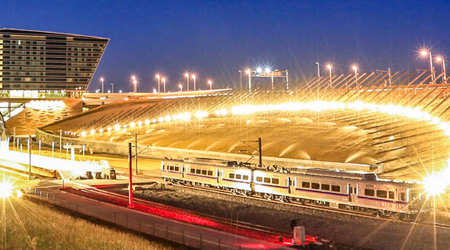 The Federal Railroad Administration (FRA) yesterday granted the Regional Transportation District of Denver (RTD) a five-year waiver that will allow the continued operation of the transit agency's A and B commuter-rail lines.

The lines, which opened last year, have experienced technical issues with crossing arms that lower too early and stay down too late at grade crossings. To address the concerns, RTD stationed flag attendants at the crossings.

In a letter to RTD officials, the FRA said its "Railroad Safety Board determined that, subject to certain conditions, granting further relief to RTD on the A- and B-Lines is in the public interest and consistent with railroad safety."

The transit agency will have to submit to the FRA a plan to gradually remove the crossing attendants, RTD officials said in a press release. There's no timeline for submitting that plan.

FRA has not yet responded to the RTD's separate request to resume full testing on the transit agency's G Line, they added.

Earlier this week, the commission rejected an RTD proposal to remove some of the attendants at crossings and resume testing of the G Line, Colorado Public Radio reported today.

The agency tried to make the case that the crossings were safe because the crossing gates did come down, albeit too early. The commissioners disagreed, however.