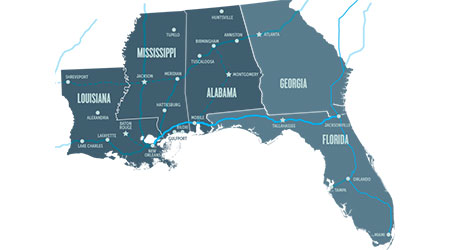 The Southern Rail Commission (SRC) yesterday announced more than $2 million in allocations through the Federal Railroad Administration (FRA) to 11 communities in three southern states that are making plans for restored and improved Amtrak service.

A total of 11 grants will be awarded to communities in Alabama, Louisiana and Mississippi. The commission worked with the states' congressional delegations, the FRA, host railroads and Amtrak to pursue the federal funds to restore the rail service in the three states, according to an SRC press release.

Funds will be available in early 2017. The projects are expected to be completed within 24 months of receiving the awards.

A working group designated under the federal FAST Act transportation law and chaired by the FRA has been evaluating the needs of passenger-rail service in order to reach an agreement on the phasing of capital construction and schedule for the restored service, SRC officials said.