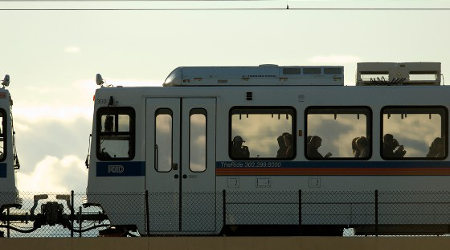 The Regional Transportation District of Denver (RTD) announced last week that the grand opening of the 2.3-mile Southeast light-rail extension will be held May 19.

The city of Lone Tree and area stakeholders contributed $25 million to support the new rail line, with an additional $3 million in in-kind contributions, land and right of way, RTD officials said in a press release.

"The Southeast rail extension allows RTD a unique opportunity to be an integral part of an overall plan to address access and mobility needs prior to development in this region," said RTD General Manager and Chief Executive Officer Dave Genova. "The unprecedented collaboration and partnerships that made it possible to complete this line illustrate this region’s strong commitment to transportation."

The local match of about 12 percent of the project cost far exceeded the 2.5 percent match that RTD asked of its local partners. The match helped RTD successfully secure federal funding for the project, agency officials said.