Denver RTD to open part of B Line in July, hosts congressional visits

The Regional Transportation District (RTD) of Denver has received notice that the first segment of its B Line commuter-rail route will be ready and open for service on July 25. 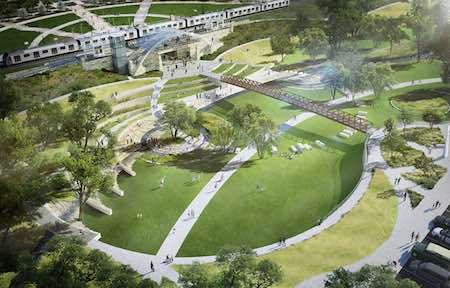 An artist's rendering of the Westminster Station at West 69th Avenue and Grove Street.
Source: City of Westminster

The B Line's first phase, which runs from Denver's Union Station to Westminster, Colo., marks the second electric commuter-rail line to operate in Denver, RTD officials said in a press release. The first was the University of Colorado A Line to Denver International Airport, which began service April 22.

The remaining segment, which will run from south Westminster to Longmont, Colo., will be diesel-powered commuter rail. Construction of this phase will begin when funding becomes available, agency officials said.

The B Line to Westminster is part of the Eagle P3 project, which is the United States' first full public-private partnership for transit, RTD officials said. The $2.2 billion project calls for building constructing three new commuter-rail lines, along with a new maintenance facility.

As concessionaire, DTP will build, operate and maintain the lines' trains for 34 years.

The plant was completed by Balfour Beatty Rail, which is a joint member of the Railway Engineering-Maintenance Suppliers Association Inc. and the National Railroad Construction and Maintenance Association. 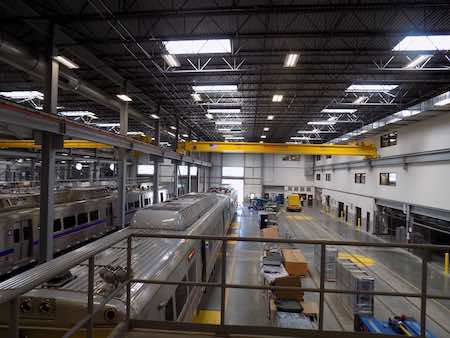 During the tour, DTP Deputy Project Manager Davie McCulloch gave an overview of Balfour Beatty Rail, which is a division of Balfour Beatty Infrastructure (BBII). In July 2015, BBII was awarded a $140 million contract to extend Denver's light-rail line to the city's southeast suburbs.

The rail maintenance facility is BBII's fifth major contract with RTD. The facility is used to maintain, clean, and store vehicles that serve the RTD's University A Line and the future B and G lines.

About 220 operators, mechanics and other staff will be housed in the 230,000-square-foot facility, which can service up to 80 electric rail cars.

The tour also included a stop at the operations control center, which handles train dispatching.