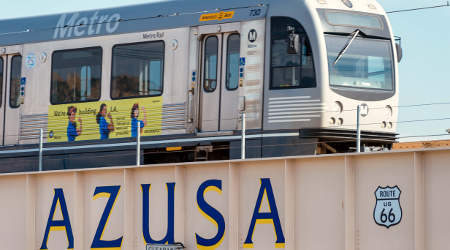 The Foothill Gold Line Construction Authority earlier this week issued a request for qualifications (RFQ) seeking a design-build team for the alignment of its light-rail project between Glendora and Montclair, California.

Statements of qualifications are due in January. A committee will then recommend a short list of the most qualified teams to the construction authority's board.

Only teams on the short list will receive a request for proposals, which is slated to be released in spring 2018.

Major construction on the extension is slated to begin in 2020 and wrap up by 2026. The Glendora-Montclair route is theGold Line extension's final phase.