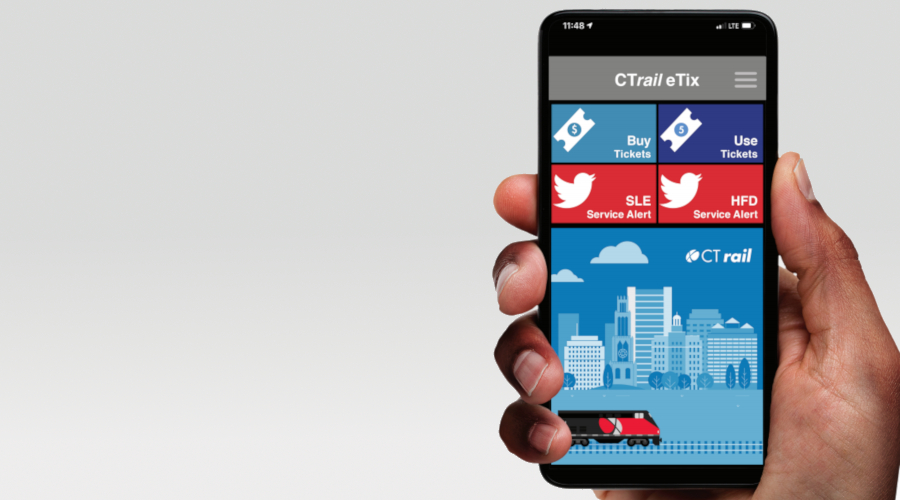 The Connecticut Department of Transportation (CTDOT) earlier this week launched a mobile ticketing application for riders on the CTrail Hartford and Shore Line East lines.

CTrail eTix allows riders to purchase and store train tickets on a smartphone. Once riders board the train, they can activate the tickets and show it to the train conductor as proof of payment, CTDOT officials said in a press release issued by Connecticut Gov. Ned Lamont’s office.

“Using this app, our customers will have a faster and easier commuter experience,” CTDOT Commissioner Joseph Giulietti said.

In 2019, CTDOT launched a beta version of the app to be tested by a group of CTrail riders. It was rated highly during the pilot program, CTDOT officials said. Feedback from the first testers was incorporated into the newly released version.