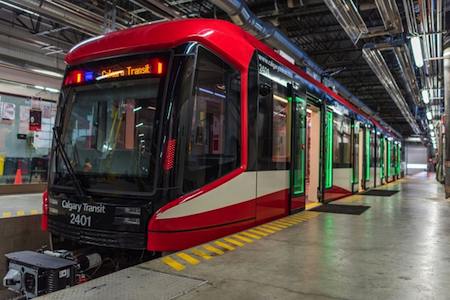 The new units, which also are known as "Mask" cars, will be arriving on a regular basis as they roll off Siemens' assembly line until early 2017, Calgary Transit officials said in a press release.

Each car costs approximately $3.2 million (in Canadian dollars), according to CTV News Calgary.

In addition to several amenities such as heated floors and onboard digital monitors with route updates, the new cars come with enhanced security features, including high-resolution exterior surveillance cameras. The open interior concept also allows for better security as peace officers can see from one train to the other, agency officials said.