CTA preps for next phase of 95th Street Terminal renovations 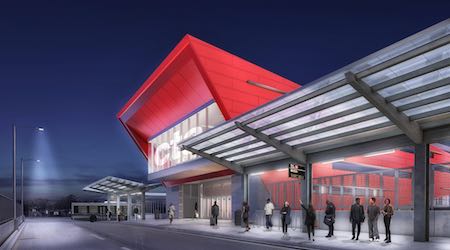 The Chicago Transit Authority (CTA) in April will enter the next major construction phase of a $280 million project to improve the Red Line's 95th Street terminal.

To complete the work, the agency will reroute some Red Line trains in the off-peak direction each weekday onto the Green Line. The service changes will go into effect April 2.

The reroute, which will affect less than 10 percent of all Red Line trains, will allow CTA to continue to accommodate service needs during construction, agency officials said.

CTA eventually will need to close both the east and west sides of the track that serves the station, which will remain open during construction.

One of the CTA's busiest stations, the 95th Street/Dan Ryan is the Red Line's southern terminus. Project construction began in fall 2014 and is slated to be completed in 2018.

The agency also is working on a separate plan to extend the Red Line past the 95th Street station.