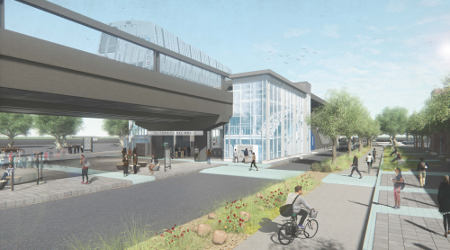 The agency's contractor removed 42 parking spaces at the corner of the station's parking lot to provide storage and trailer space for the construction crew. The area was fenced off Aug. 2.

Over the next two years, crews will upgrade and expand the station to relieve crowding, improve accessibility, reduce fare evasion and enhance the customer experience, BART officials said in a press release.

Improvements include a new agent booth and new fare gates, along with two new elevators and stairwells, new restrooms and public art installations.

BART's board in February awarded a $33.9 million contract to begin modernizing the El Cerrito del Norte Station, which is the agency's busiest in Contra Costa County. Work is expected to wrap up by the end of 2019.