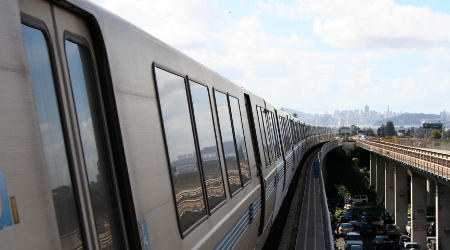 Under the "BART Perks" program, riders earn points for each BART trip they take. If passengers travel outside morning rush hours, they're eligible to earn up to six times as many points. Riders then exchange these points for small cash rewards.

During the six-month trial period, an average 250 Perks participants shifted their ride to before or after the peak morning rush hour each weekday. That's equivalent to freeing up two full BART cars during the agency's busiest hour, according to the agency.

The first program of its kind in North America, Perks was modeled after international transit rewards programs and showed comparable results to a similar program in Singapore.

"Through BART Perks, we see that incentives can be used to shift behavior and create strong customer interest in rewards programs," said Tilly Chang, executive director of the San Francisco County Transportation Authority (SFCTA). "While a complete program analysis is still to come, we are encouraged by the program's results to date, including the ability to manage peak demands while garnering overall rider satisfaction and employer support."

BART and SFCTA expect to finish their full evaluation of the program's results by fall 2017. Based on the findings, the agencies will consider how to proceed with their efforts to reduce rush-hour crowding.