All Aboard Florida unveils 'Brightline' brand for Orlando-Miami rail service

All Aboard Florida (AAF) yesterday revealed the new brand identity for its future express train service connecting Orlando and Miami. 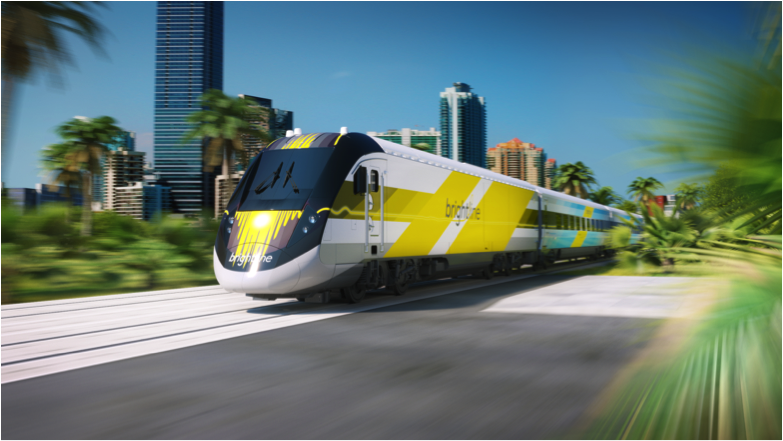 Photo: All Aboard Florida

At an event held yesterday at the new downtown transportation hub known as MiamiCentral, AAF officials launched the "Brightline" brand and previewed the trains that will be the centerpiece of the new, privately owned and operated rail service.

"With the introduction of Brightline, we set out to reinvent what traveling by train can mean in America, making it a forward-leaning solution that is a smarter alternative to more cars on crowded roads," said AAF President Michael Reininger in a press release.

The company hired architect David Rockwell and his firm Rockwell Group to develop the brand and product offering.

The trains, which are being built by Siemens in California, will come in a spectrum of five distinct colors: BrightRed, BrightOrange, BrightGreen, BrightBlue and BrightPink, led by BrightYellow locomotives.

"Typically, trains have been one color, either gray or silver, and tend to blend into the background," said Reininger. "As our trains pull into the stations, their colorful entry will be another way that Brightline takes the gray out of travel."

The three-hour journey between Orlando and Miami will be faster than by car and comparable to flying when all aspects of the air-travel experience are factored in.

As part of the brand launch, the company also introduced its consumer website and social media sites.