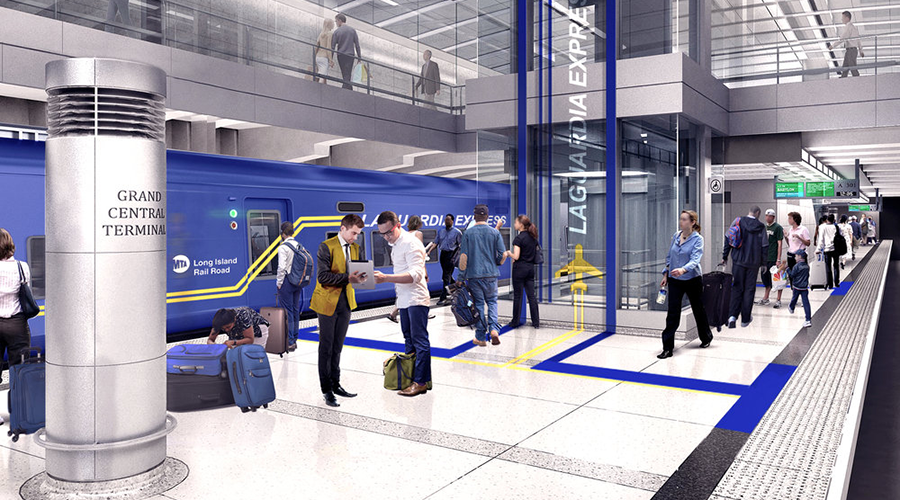 The FAA is accepting public comments on the DEIS through Oct. 5, FAA officials said in a press release.

The proposed $2 billion project includes construction of an automated people mover that would provide transportation for passengers traveling to LGA. The plan calls for passenger stations at LGA that would connect with the MTA Long Island Rail Road and the MTA New York City Transit subway system.

"We are pleased to see the federal environmental review process for the LaGuardia AirTrain project move forward. We are one step closer to realizing the benefits of the project for the region," said PANYNJ Chairman Kevin O'Toole and Executive Director Rick Cotton said in a joint statement.

Community input on the project already has been extensive, which resulted in the shift of the proposed alignment to move to the northern edge of the Grand Central Parkway further from the adjoining Ditmars Boulevard neighborhood, they said.

When completed, the service would provide a 30-minute trip from Midtown Manhattan to the airport.

"Getting people out of their cars and onto environmentally friendly rail mass transit will reduce traffic congestion for all motorists and reduce greenhouse gas emissions and air pollution in the communities surrounding the airport. In addition, the project will provide thousands and thousands of good paying jobs and contribute critically important economic activity to help drive the desperately needed recovery from the Covid-19 crisis," O'Toole and Cotton said.