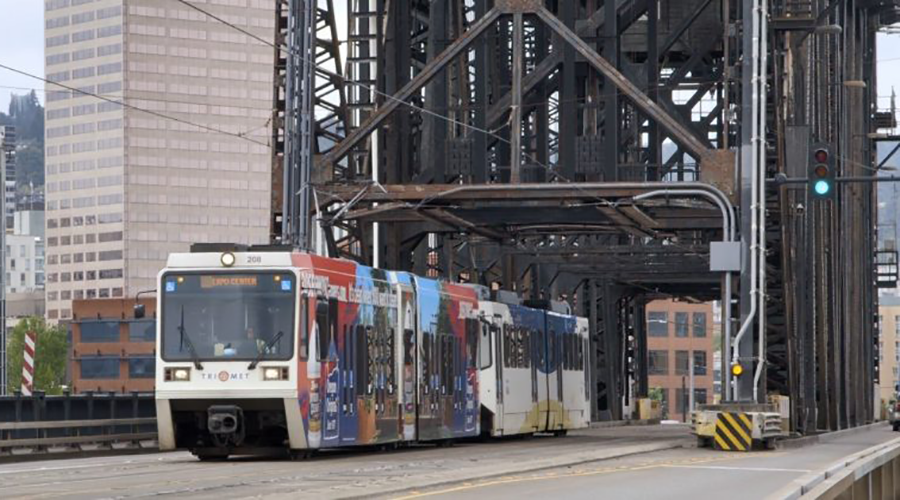 The Tri-County Metropolitan Transportation District of Oregon (TriMet) this week reached the halfway point on major repairs of the MAX light-rail system on the Steel Bridge over the Willamette River in Portland.

Work on the upper deck of the 108-year-old bridge has included demolition, rail replacement, and the installation of new switch sections and new signal system.

So far, all switches and rail have been removed, and approximately half of the bridge’s rail has been replaced. All new signal system equipment has been installed and is awaiting connections to rail later this week, TriMet officials said in a press release.

On the final day of construction, TriMet will run test trains through the rebuilt part of the light-rail system near and on the bridge itself to ensure new track, switch and signal equipment works as intended.

The bridge, which was closed Aug. 2, will reopen to light-rail and bus service on Aug. 30. The nearly month-long closure disrupted all MAX lines.