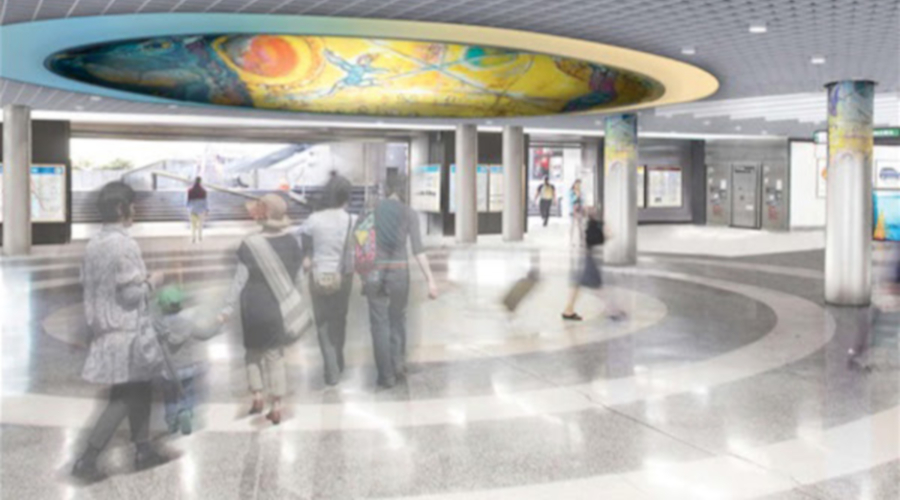 The board also approved replacement of platform seating and flooring, and the construction of an accessible ramp at Hallidie Plaza. The upgrades are contingent on identifying $3.7 million in additional funding.

The $11.3 million base contract will be funded with a combination of Prop 1B and Prop K funds, as well as funds from the San Francisco Municipal Transportation Agency.

A project start date has not yet been determined, BART officials said in a press release.

The board also authorized a $9.9 million contract with O.C. Jones & Sons Inc. to construct about 850 additional parking spaces at Antioch Station.

The contract includes improvements to bicycle and pedestrian access, relocation of the station drop-off area and widening of a bus lane. Work will begin in March 2020 and completed in early 2021.

Also yesterday, the board approved a change order to an existing contract for cable replacement, enabling a new Sunday service plan.

Beginning Feb. 11, 2020, the Yellow and Blue line will offer service into San Francisco on Sundays.

On Sundays, the Blue Line will run to Daly City, however some service days will be affected by single tracking required on the line for a cable replacement project that began earlier this year. When the single-tracking is in effect, the line will travel from the East Bay to Montgomery Street Station.

The two-line service will have 24-minute headways, four minutes longer than the current Sunday service plan.

BART staff believes this service plan will provide greater predictability and resilience in the event of a service delay, officials said in a press release.