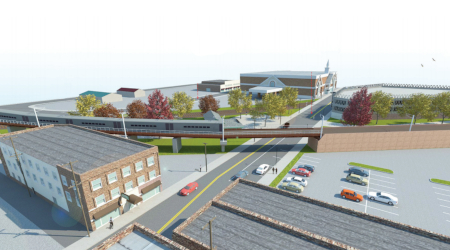 The FTA's "medium-high" rating of the project means it qualifies to advance to receive funding under the federal Capital Investment Grant Program. To advance, a project must receive a rating of "medium" or higher, according to a NICTD press release.

Over the next year, NICTD will select a firm to design the project, begin real estate acquisition and utility relocation, and complete other actions necessary to receive funding from the FTA, district officials said.

Capital costs will be updated as the project and design are further refined, but current cost estimates put the project at $665 million, according to the NICTD website. The cost includes construction of four stations, parking lots, a combined maintenance and storage facility, and a focus on sustainability and wetland mitigation.

Officials anticipate a construction contract will be awarded in spring 2020, with construction to start later that year.