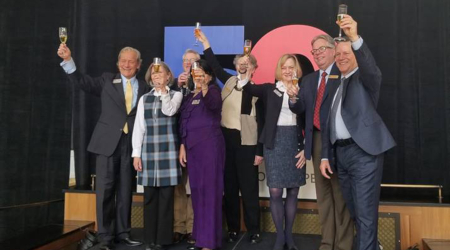 To mark the anniversary, which officially is July 1, RTD officials unveiled an anniversary logo and redesigned website to showcase historical photos and an interactive timeline of RTD highlights.

RTD General Manager and Chief Executive Officer Dave Genova and Chair Doug Tisdale spoke at the event about RTD’s history, as well as where the agency is headed into the future, according to an RTD press release.

“It’s been remarkable to see RTD transform from a bus-only operation to a regional mobility integrator as RTD leads the transportation transformation actively working to meet the needs of a population that continues to grow," Genova said. "Our agency is leading the regional mobility needs and strategies conversation, and I am very proud of the fine work of our dedicated public servants.”

The pair also introduced RTD’s longest-serving employees, Terry Vicek and Bob Brewster, who were working at two Denver metro area transit agencies that merged in 1969, when RTD was created.