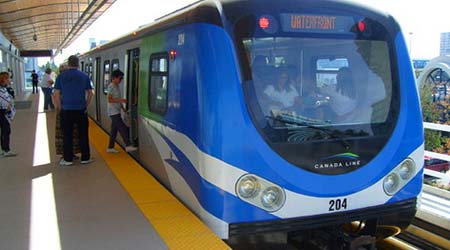 The British Columbia Ministry of Transportation and Infrastructure, TransLink and other project partners have issued a request for qualifications (RFQ) to identify a contractor to design, build and finance the Broadway Subway in Vancouver.

The CA$2.8 billion project calls for building 3.5 miles of track and six stations as part of a tunneled extension of the SkyTrain Millennium Line between the VCC-Clark Station and Arbutus Street. Major work is expected to begin next year and conclude in 2025.

The TransLink subway project will be funded and delivered by the British Columbia government, with contributions from the Canadian government and city of Vancouver. The Transportation Investment Corp. will deliver the project on behalf of the province.

"The Broadway Subway project will introduce a new transportation option along one of the city's busiest corridors, helping reduce traffic congestion and air pollution, while keeping pace with the city's growing ridership," said Francois-Philippe Champagne, federal minister of infrastructure and communities, in a press release.

The RFQ will close in April. The ministry then will select up to three respondent teams to participate in a request for proposals, which is the subsequent phase of the competitive selection process.

Early work soon will get underway to prepare for construction starting in 2020, including trolley bus detours while the subway is built. Those activities will involve installing trolley wire poles and upgrading intersection signals and lampposts on routes adjacent to the corridor.

"It's exciting to see this early work starting in support of our shared goal of keeping buses, people and goods moving during construction of the Broadway Subway project," said TransLink Chief Executive Officer Kevin Desmond.

The Broadway Subway is a key part of a rapid transit program in metro Vancouver's 10-year plan, which is funded by the federal and provincial governments, TransLink and local municipalities.