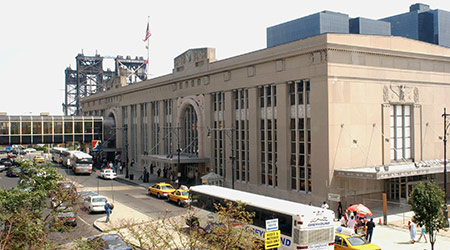 The 10-year lease is anticipated to generate more than $2.1 million in non-farebox revenue, NJ Transit officials said in a press release.

The agreement "provides customers with conveniences and amenities at our stations, while also delivering critical funding resources that we can reinvest in our transportation network," said NJ Transit Executive Director Kevin Corbett.

In August 2018, the agency's board approved the lease of more than 1,000 square feet of retail space in Newark Penn Station to Starbucks Corp. — a deal expected to generate more than $1.6 million over 10 years. Starbucks also will make leasehold improvements worth about $750,000.