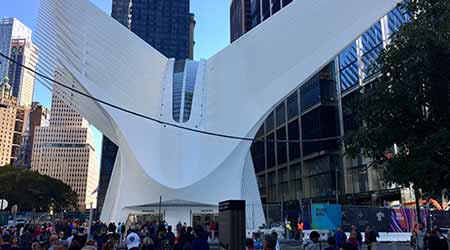 The Port Authority Trans-Hudson Corp.'s (PATH) World Trade Center Station in New York City will be closed on weekends for the next two years so crews can replace equipment and rebuild tunnels that were severely damaged by Hurricane Sandy.

Except on major holidays, the station will close at midnight on Saturdays and reopen the following Monday at 5 a.m. after each weekend of work through December 2020, PATH officials said in a press release. The new schedule began Jan. 5

Repairs will include replacing track, third rail, electrical signal and communications infrastructure in the tunnels below the Hudson River. During the repairs, PATH weekend service to the World Trade Center will terminate at the Exchange Place Station.