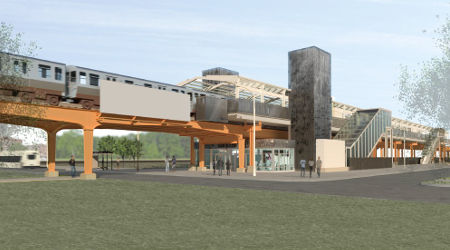 The CTA is working with contractor Walsh Construction to promote a diverse and inclusive workforce for the Green Line project, authority officials said in a press release.

The CTA announced they jointly have:
• attained 63 percent minority hiring participation (goal of 19.6 percent);
• reached 19 percent in neighborhood hiring (goal of 7.5 percent); and
• achieved 18 percent under a federal program to provide training and employment services to unemployed and under-employed workers (goal of 10 percent).

They also have hired 23 union apprentices from six construction trades and 10 Chicago residents as part of the workforce.

"The CTA works very hard to ensure that projects like Garfield Green Gateway benefit not only [our] customers, but also the communities our rail stations serve," said CTA President Dorval  Carter Jr. "We are firmly committed to hiring and training a diverse and inclusive workforce."