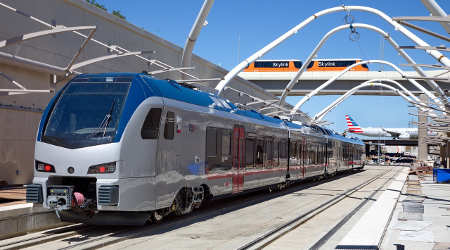 TEXRail commuter-rail service did not begin in Fort Worth, Texas, as planned on Jan. 5 because of the federal government shutdown, Trinity Metro announced.

The agency has been unable to get clearance from the Federal Railroad Administration (FRA) to operate the entire 27-mile corridor, agency officials said in an emailed alert.

"We will announce the start of passenger service as soon as we obtain full clearance from the FRA to operate the entire railroad," they said.

TEXRail will operate between downtown Fort Worth and Dallas/Fort Worth International Airport, running through northeast Tarrant County, North Richland Hills and Grapevine, Texas.