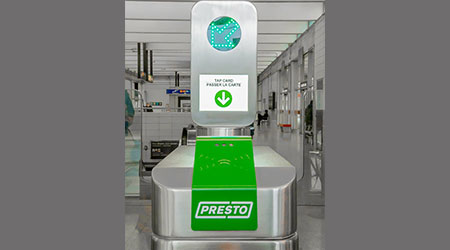 The Toronto Transit Commission (TTC) will discontinue Metropass sales next month as part of the agency's transition to the Presto electronic fare payment system.

The December Metropass will be sold until Dec. 5 and will be accepted through Dec. 31. Tickets and tokens, however, will be accepted until the end of 2019, TTC officials said in a news release.

The first Metropass was a paper card sold in April 1980. Since then, more than 78 million Metropasses have been sold, agency officials said.

Like the Metropass, the Presto monthly pass provides unlimited travel for the month. However, riders tap their Presto card on a card reader instead of swiping it at the fare gate.

The Presto electronic fare payment system is used on streetcars, buses and at every subway station entrance.