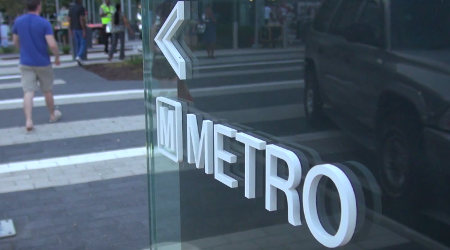 The review will focus on the quality of concrete and other construction elements and practices used in the project, agency officials said in a press release.

In addition, general contract compliance, potential future costs associated with increased maintenance and "remedies that may be necessary as a result of construction quality issues" will be examined, according to WMATA.

The Silver Line's second phase will run 11.4 miles from the Wiehle-Reston East station to Ashburn, Virginia.

Capital Rail Constructors is building the phase under a contract with the Metropolitan Washington Airports Authority, which has primary oversight of the project. After construction is finished, the line will be transferred to WMATA.

"We are initiating this review to ensure that WMATA — and by extension, its funding jurisdictions and the region's taxpayers — can be confident that they will be receiving a quality project that is safe and reliable for rail operations," said WMATA Inspector General Geoffrey Cherrington. "In addition, we want to clearly understand what, if any, long-term expense risks are out there as a result of necessary remedies to address these quality issues."

Last month, a Silver Line contractor pleaded guilty to conspiracy to commit wire fraud and admitted to falsifying data regarding concrete quality. In May, WMATA's General Manager and Chief Executive Officer Paul Wiedefeld ordered an independent contractor to assess the condition of concrete panels being used to build stations along the project.

Yesterday, local NBC affiliate WRC-TV reported that the contractor was continuing to work on the Silver Line's second phase.