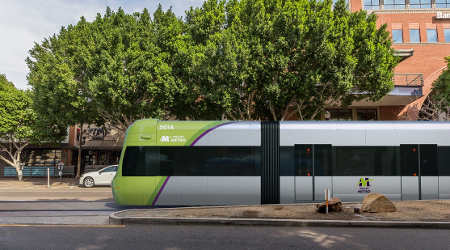 The FTA's "Letter of No Prejudice" will allow Valley Metro to proceed with construction work pending approval of a grant agreement with the federal government. Valley Metro aims to enter into that funding agreement in early 2019, agency officials said in a press release.

"The Tempe community has a long history of supporting public transit and is already one of the highest public transit ridership centers in the region," said Robin Arredondo Savage, vice chair of Valley Metro's rail board. "[The] streetcar will be a critical link in our total transit network, connecting strong neighborhoods, major business centers and regional events and destinations."

Slated to open in 2021, the $186 million streetcar project will be funded through a mix of local, regional and federal funds. Local property owners along the route are providing $13 million in volunteer contributions, said Valley Metro Chief Executive Officer Scott Smith.

Valley Metro broke ground on the project in summer 2017.