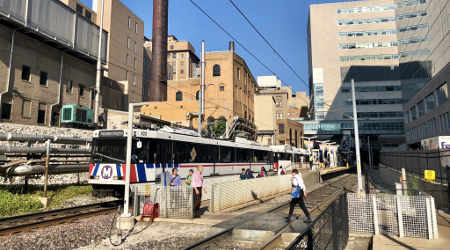 The platform is being extended to the east to better accommodate the volume of riders using the station, Metro Transit officials said in a press release. The stop is the busiest station on the 46-mile MetroLink light-rail system.

The platform extension is the third phase of a larger $15.4 million project that included the recently opened Cortex MetroLink Station and the first quarter-mile portion of the Chouteau Greenway. All three phases of the project are being funded through a public-private partnership, which includes $10.3 million from the Federal Transit Administration.

While the Central West End platform will remain open during the six-month project, the agency will close the walkway that connects the station to a bus area in an adjacent parking garage.