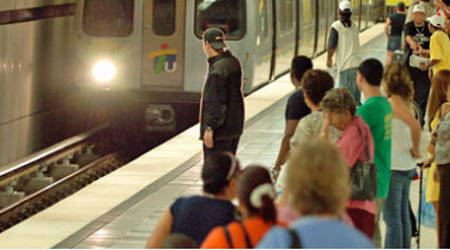 The bulk of the funding will go to Puerto Rico, which will receive $223.5 million. The 10.7-mile Tren Urbano subway system operates on the island, which was heavily damaged during hurricanes Irma and Maria.

The FTA set aside $23.3 million for Texas, $22.8 million for Florida, $6.7 million for the U.S. Virgin Islands and $187,000 for Georgia. In Texas, Hurricane Harvey ravaged freight- and passenger-rail systems, including a portion of Houston METRO's Red Line light-rail route.

Each state or territory will be able to use the grant funding to pay for emergency operations, damage to transit vehicles and infrastructure, and resiliency projects to prepare for future disasters.

"Public transportation played a critical role in providing emergency support and evacuations in response to these catastrophic hurricanes," said FTA Acting Administrator K. Jane Williams. "FTA will continue to work with our local partners to ensure these funds will help make emergency response and preparedness efforts as effective as possible."