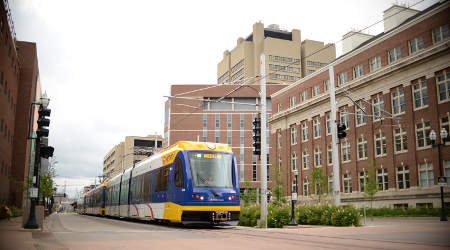 The council had earlier determined that 10 design modifications to the project that were identified during the final design and permitting process would not have a significant impact on the environment, according to a press release issued by the Metropolitan Council.

As part of the Metro Transit system, the proposed extension would run from downtown Minneapolis through the communities of St. Louis Park, Hopkins, Minnetonka, and Eden Prairie. It would pass in close proximity to the city of Edina.

The line would connect major activity centers in the region, including downtown Minneapolis, Methodist Hospital in St. Louis Park, downtown Hopkins and the Opus/Golden Triangle employment area in Minnetonka and Eden Prairie.

Earlier this week, the council announced that the project's price tag had increased to more than $2 billion.